Real estate is almost not affected 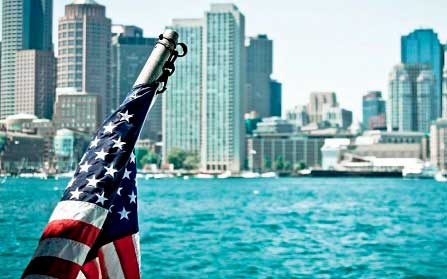 It was previously believed that in spring the demand for housing will be the most significant for many years, which should have been promoted by low interest rates, the already high activity of potential buyers and an increase in the share of "millennials" who have reached the age when it is time to acquire your own roof over your head.

However, the coronavirus epidemic made adjustments to such forecasts, and now Zillow experts believe that in the spring months, sales throughout the country will decrease by 60%, after which, however, the figure will begin to increase by 10% per month, and this process will continue until the end of 2021.

As for prices, they will decrease much less and return to their previous level faster. By the end of the year, housing can become cheaper by only 3%, although it is possible that throughout the next year, if buyers do not recover, real estate will cost 4% lower than before the epidemic. But most likely, in the III quarter of 2021, the prices will turn out to be the same as at the end of 2019.

In general, as noted by Zillow chief economist Swanja Gadell, there are still too many uncertainties, especially given that different states will not resume economic activity at the same time and at different speeds, and in the fall a second wave of coronavirus is not ruled out.

“However, the basic indicators of the real estate market indicate its much greater stability than before the recession of the end of the last decade, because of which prices fell by 25% and returned to their previous level only after 5 years,” she added.

Play a positive role and the fact that you can more actively use technological advances that allow for virtual shows. The fact that such an approach is very effective is evidenced by the fact that, despite the need to maintain social distance, the number of both objects for sale and previously concluded contracts has increased. True, what is happening has seriously affected the optimism level of development companies - the corresponding index, according to the National Association of Home Builders, in April was the lowest for the period from the fourth quarter of 2012.