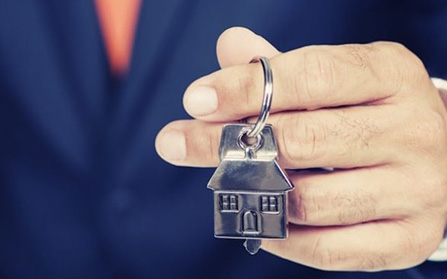 The Republic of Serbia is one of the countries of the Balkan Peninsula that attracts potential investors. The point is not only in a pleasant climate, fertile soil and the prospect of tourism development but also in the fact that in the Balkans only Serbia at the legislative level introduced duty-free trade with the countries of the Eurasian Customs Union.

What does this mean in practice? When making a real estate deal in Serbia, you can not only move to a developing country but also do business with your Russian and Belarusian partners without additional fees.

Another argument in favor of investment in Serbian real estate is the country's participation in the Central European Free Trade Agreement. That is, you can trade not only with Russians but also with consumers from CEFTA member countries. And since 2012, Serbia is also a candidate for membership in the European Union.

The Economy of Serbia: What Is It Today?

Most often, investors are stopped from investing in the Serbian economy by the country's recent past. But since the KFOR peacekeepers entered Kosovo, the country has embarked on a path of stable economic development. So, in Serbia, stable GDP growth and low inflation are observed, and the government is introducing a loyal tax policy. Thus, the income tax in Serbia is 10%, and the VAT tax is 8-18%.

As for trading, Serbia has concluded agreements on preferential terms of trade with many countries, including the EU-zone members and the US. The country has free trade zones in 6 cities and commercial profits are not taxed.
By the way, the conditions for foreign investors here are also very favorable: the Serbian government welcomes the infusion of foreign capital and for those who invest in the economy more than 7.5 million euros and create more than 100 jobs 10-year tax holidays are guaranteed.

Also, the advantages of Serbia, as a field for investment, include a constantly simplified procedure for opening a business and obtaining a hi-rise construction license. At the same time, the need for the construction of commercial and residential real estate is growing in the country, which also plays into the hands of investors.

Real Estate Investment: Why Is It Profitable in Serbia?

In general, the real estate market of Serbia is developing gradually, but steadily. And it is an investment in real estate that is the best solution if you do not want to deal with the intricacies of local taxation directly when opening your own business or production. Besides, property taxes in Serbia are among the lowest in Europe, even for foreign buyers.

The latter factor, by the way, is also worth considering when developing a strategy for investing and doing business. With low property taxes, you will have the opportunity to make flexible decisions: whether to rent your property, sell it or hold until better times come?

If you plan your investments wisely, you can recoup and increase them. Although, of course, no one is safe from force majeure.

Another advantage of buying property in Serbia is the opportunity to obtain tax residency and a residence permit in the country as they can be issued by any foreigner who lives in Serbia, spends more than 183 days a year in the country and has a business interest. The presence of the abovementioned interests can be shown by acquiring local immovable property: an apartment, a house, etc. At the same time, to obtain a residence permit and a certificate of tax resident in Serbia under this scheme, one does not need to part with huge money. After all, there is simply no requirement for a minimum amount of investment - you need to focus on the minimum offers on the real estate market. According to market analysts, the value of Serbian real estate starts at 10 thousand euros. At the same time, the ceiling on real estate investments is unlimited.

Let’s summarize why investing in real estate in Serbia is beneficial.

• The Serbian economy is stable and its growth rate, although not high (about 7% per year), but stable.
• Serbia has favorable conditions for trade with the countries of the EU, the USA, and the Eurasian Customs Union.
• The human index in Serbia is very high - 69th in the world.
• The need for new real estate is also high.
• Tax conditions for investors are favorable.
• Serbian dinar is a stable currency (the size of the international reserve is 14 billion euros).

And finally, the standard of living of the Serbian population is increasing every year, which means that a gradual increase in property prices is guaranteed to you.