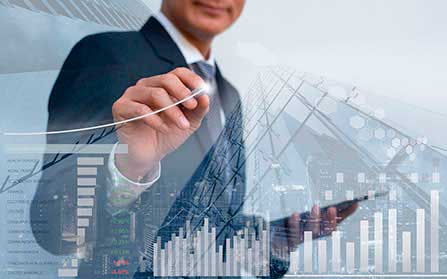 At the end of last year, economists predicted that 2020 would be very good for the housing market. However, coronavirus has then cropped up, and the demand for real estate has decreased sharply, with this trend being likely to linger on for more than one month.

The analysis carried out by the Fannie Mae company allowed assuming that the sales volume would decline by almost 15% throughout the whole year, mainly for previously built residential properties — their total amount would decrease from 5.34 million in 2019 to 4.54 million. At the same time, the activity of buyers will be affected by a rapid increase in unemployment and the need to stay at home while sellers will prefer to wait till not only the period of instability but also the decline in demand that will force them to reduce prices accordingly are over.

As stated by Doug Duncan, chief economist at Fannie Mae, the shortage of vacant premises was rightly considered to be the main problem that could negatively impact the sales volume at the beginning of the year, because, throughout the whole period past the recession, less housing was built than was required to cover the growing demand. As a result, experts feared that a rise in prices for real estate would make it less affordable for an increasing number of potential buyers. And, in principle, this was the case until recently when, due to a growing number of dismissed people, those ready to decide on such a large purchase became much fewer.

Despite this, they believe at Fannie Mae that prices will not decline, but, on the contrary, will continue to rise, though insignificantly. So, according to forecasts, the median price of an earlier built house may increase from 272 thousand dollars last year up to 275 thousand in 2020, and of a new one — from 321 thousand to 326 thousand.

Nevertheless, experts predict the decline in sales, not because real estate objects are too few, but because of the crisis caused by the epidemic. In turn, it will lead to a reduction in mortgage lending activity but will not affect the refinancing — since rates are expected to remain low, the amount of re-recorded mortgages may increase from 1.01 trillion last year to 1.41 trillion.

In addition, both buyers and sellers will benefit when the economic situation in general, and in the real estate market in particular, begin to improve. At Fannie Mae, they believe that lost ground will be recovered as early as in 2021, but the exact time and the characteristics of this process will depend on the success in fighting the epidemic.

“It is extremely problematic to make predictions in a situation where the economic activity declined so sharply, the unemployment rate rose just as quickly, and the research on coronavirus and ways to conquer it has not yet given results,” Duncan explained. “Many options may be considered taking into account a variety of factors, including the scale of the epidemic, the rate of increase in the number of diseased individuals, and the duration of the crisis period, not to mention the public response to new information and political decisions that will be taken on its basis.”