How do foreign property markets recover after quarantine in Austria? 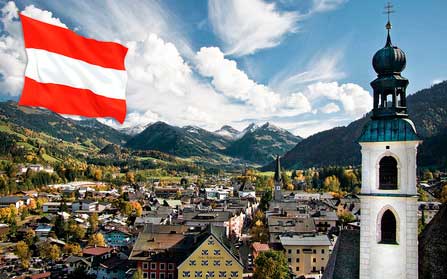 The expert from Austria reports that the market did not experience significant shocks.

A strict quarantine has been in force in the country, since March 15. Everyone was sitting at home, everything was closed, except for grocery and drugstores. The restoration began, on April 15. Highly specialized shops were opened, and restaurants started to work from May 15. However, so far everyone is wearing masks and required to maintain a distance.

Since May 1, the consumer interest in viewing has increased in the real estate market. Before this, the locals simply categorically refused to travel around the facilities. Now in Austria, the situation of pent-up demand is manifested. Having fallen out of life for two months and saving money, people are actively returning to all processes and are ready to spend what they have accumulated, including real estate.

Expect that the prices of objects will change significantly, which is not worth it. The market is stable, in particular, due to the confident state of banks, which, for example, issue loans at the same interest rates as before.

I also notice that buyers (so far I'm only talking about the local population) are increasingly interested in higher-quality properties. Now it’s not enough for them to live in a small apartment in the city. Nowadays, it has become profitable to have suburban housing with all amenities or a spacious apartment in certain areas of Vienna, while having access to the house garden.

The situation with sellers is somewhat different. Some of them sell their apartments at below-market prices. This is due to the desire to quickly implement the object. But in this case, it is necessary to separate residential and commercial premises. In the second case, every tenth business must close due to the crisis. Accordingly, many premises are put up for sale. They also do discounts on them.

Private persons also sell their apartments. Often this applies to those owners for whom the real estate was only an asset, but was not a place of residence. After selling it, a person will be able to cover, for example, expenses in the business.