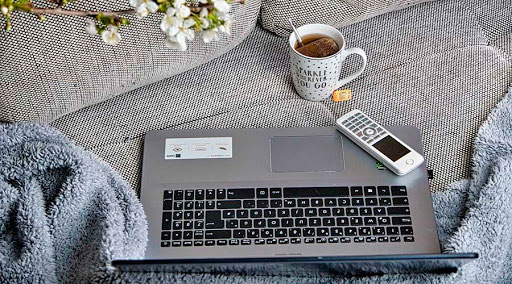 The need to work from home which is faced by millions of Americans during the epidemic can strike a blow at the office rental sector that would be as powerful as the one received by shopping malls from the growing popularity of e-commerce. In these circumstances, the companies can accelerate the process of moving into less spacious premises which has been observed for a decade and caused leasing of offices to bring less profit than of other types of real estate.

The spread of new technologies plays its role as well: the use of programs such as Zoom, Microsoft Teams and Google Hangouts makes it possible to work from home with an equal level of productivity. And according to Gina Shimanski, portfolio manager at Boston’s AEW Capital Management LP which is one of the leaders in the field of investment property management, the entire situation can lead many companies to the conclusion that they just do not need to call out so many employees who could as well work distantly.

In Manhattan where office skyscrapers belonged to the category of the most expensive real estate on a nationwide scale for a long time, the rental rates which rose to all-time highs back in the day are now going down almost as substantially as it happens during economic recessions. Furthermore, according to some estimates, the area allocated to each employee has been cut in half since the moment of the financial crisis to approximately 125-150 square feet, and the transition to labor organization on the principles of co-working can have approximately the same effect.

In this situation, real estate owners cannot dictate their terms anymore. It is very telling that the shares of SL Green Realty Corp. and Vornado Realty Trust that rank among the largest companies in New York have dropped in price approximately by 20% by the end of 2019 over 5 years, while the S&P 500 index increased by 57%. And the apprehensions that the tenants will be unable to pay the rent amid the crisis have resulted in a situation where the decline turned out to be even twice as substantial recently.

The age of the real estate itself plays an important role as well. The owners of high-rises constructed in Manhattan since the late 1990s have poured millions of dollars into renovation, which made those pieces of property some of the most expensive ones. But nowadays, according to Scott Crow, chief investment analyst at Philadelphia’s CenterSquare Investment Management, the buildings erected in the last few years are enjoying increasing popularity which, in his opinion, is only going to grow.

Manhattan has been the epicenter of the greatest activity of constructing office property since the 1980s. At the moment, according to the estimates provided by brokerage firm Newmark Knight Frank, the erection of facilities with a total area of 13.1 million square feet is underway. And while it amounts only to 3% of the citywide rate, this quantity can substantially increase the share of vacant premises in the event of an economic crisis.

While the rental rate in districts such as Far West Side and Plaza District, as well as in Park Avenue where quite a few hedge funds are located, is higher than 100 dollars per square foot, in the previously constructed buildings located south of Times Square and downtown it is commonly twice as low. The prices are also adversely affected by the fact that the companies, as a rule, rent 20% more area than they really need, in order to accommodate new employees in the future. But it is often the case that only 40-60% of the premises are used for the actual activities, while the other ones are subleased or turned into common areas, and this, according to Stephen South, design director at New York’s architecture firm Spectorgroup, leads to a decrease in profit.

The imposition of social distancing measures has affected the financial and industrial services sectors least of all because this type of work can be done from home as well. But the technology companies that are the leaders in creating new jobs in New York City were generally not able to embark on the same course.

The demand for leased premises may decrease due to the growing popularity of distance work, but meanwhile the employees who it is impossible for will have to be seated somewhat farther away from one another, emphasized Scott Nelson, chief lease director at Atlanta’s broker company Colliers International. So, in general the rented area may even increase, though the question will remain undecided as to how the recommended distance of 6 feet can be observed in elevators. If only one or two persons are allowed to enter at the same time there will be queues at the entrances to the buildings, and the equipment itself will wear out much quicker.

“The companies are forced to decide how much area they really need and how many branches there must be in a particular city,” Nelson summed up. “The tenants are dictating their terms now, and there is a good chance that the central business districts will lose their attractiveness in their eyes.”